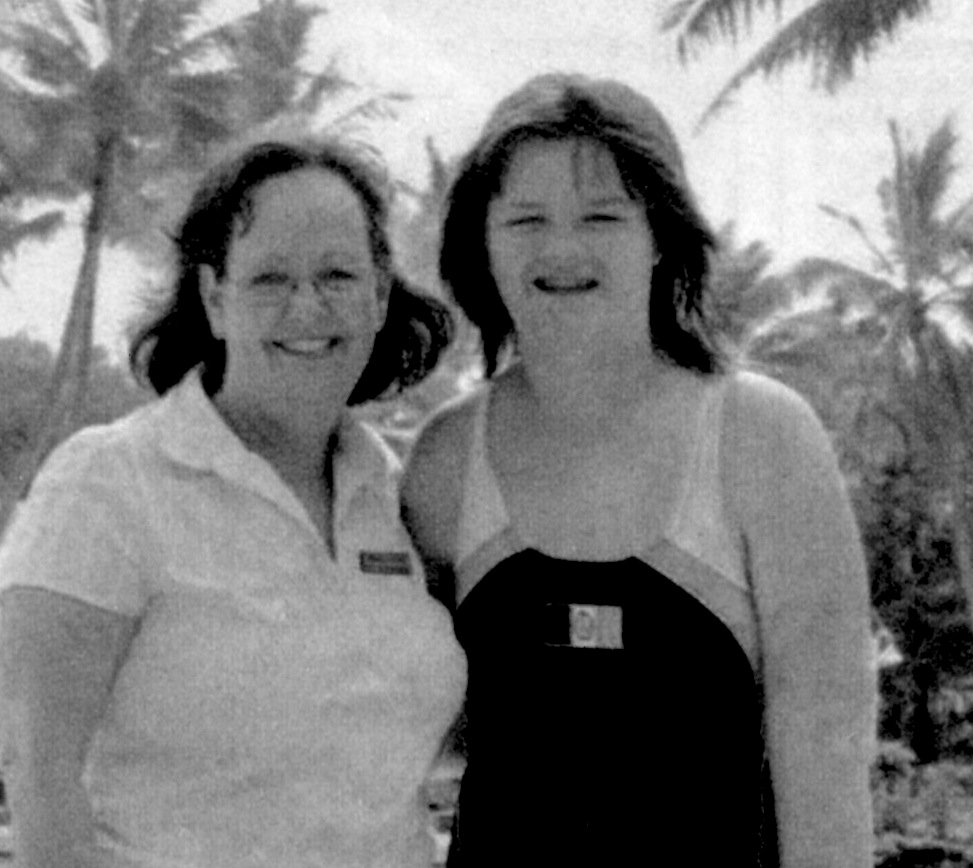 Georgia began life as a normal, cheeky and sporty little girl.  There was no activity that she wouldn’t want to try.  Her special loves were swimming and soccer.

At the age of 7, two weeks after she had been knocked out by an over ambitious soccer boot mistaking her head for the ball, Georgia had her first grand mal seizure.  I was in a bubble bath which was next to her bedroom and will never forget running out of the bathroom, covered in suds to find Georgia wracked with horrific seizures and for no apparent reason.  I was very scared and called an ambulance.

At the time Georgia’s father and I were separating, so the thought was that it was just ‘childhood epilepsy’, or stress. We clung to that hope for five years until Georgia become so sick she couldn’t attend school, or read (because her head shook), or use her left arm or hand.

During those bleak years, I took her to all conceivable doctors; acupuncturists, ketogenic diet, chiropractic and holistic . After her first biopsy,  we visited my brother in the US and took a sample of the biopsy with us to the Cleveland Clinic for a second opinion set up for us by our Neurologist at Westmead.  (I told Georgia that not everyone was privileged enough to carry their brain in their hand luggage!).

All opinions were inconclusive and the seizures continued – initially we had a few months without any which would lull me into a false sense of security; however inevitably they would return.

Finally, a second biopsy was done in May 2008 which showed evidence of Rasmussens Encephalitis.  As a last ditch attempt I took her to the Peter McCallum (Cancer) Institute in Melbourne because a specific treatment, photophoresis, was suggested to me to trial by a visiting professor from the US.  There is a theory that, if you can catch Rasmussens early enough, and there exists no scaring to the brain, photophoresis could help.  But unfortunately Georgia’s brain was scarred, meaning that she would continue to have seizures regardless of the treatment.  However, I do think this is an avenue that should be explored.

This delayed Georgia’s surgery as I was extremely unwilling to go down the hemispherectomy path; however as with all of our circumstances, we ended up having no choice.  Georgia was in status epilepticus in mid October when I rushed her in to Westmead emergency one night.  She didn’t come out again until 31 January 2009.

Dr Dexter was the surgeon at Westmead, and I am eternally grateful to him for his advice and obvious skill. Georgia was 13 by this stage; not an age you would want your daughter to undergo such radical surgery!  She eventually had a right hemispherectomy on November 8th, 2008.

Georgia turned 18 last month.  She is a full calendar year behind in her academic performance.  But I am immeasurably proud of how well she has recovered.  I put together an ibook for her birthday recently, and in part I wondered if it wasn’t therapy for my own self to reflect on her life so far.  Of course Georgia was embarrassed I put the whole hospitalization and rehab in the book, but I hope in a few years time she will appreciate it all!

We still don’t know the cause of Rasmussens Encephalitis; if it was the accidental blow to the head which disrupted the blood/brain barrier, or if it is a virus.  I hope in time science can provide us with more answers.

And we are still searching to fill the sporting void and her friends can mostly all drive now – and she unfortunately cant due to the lack of her left peripheral vision.

We do physio very spasmodically; transport, dollars and knowing where to focus the need are constant question marks for me.  We have started using the Saebo which is proving difficult both in terms of finding the time (for a Year 12 student) and digging deep for motivation.  I have decided we will not make it another imposter in our lives as mental health is more important sometimes!

The effort is ongoing for all of us,  but these are such miracle kids and I hope they can all look at themselves in the future and be proud of themselves.